The ancient Iron Age megacity located on the high ridge of Kerkenes Dağı in Yozgat Province of central Turkey was briefly the subject of archaeological investigations by the University of Chicago in the 1920s. At 270+ hectares, the city is one of the largest pre-Hellenistic In 1993, Geoffrey and Françoise Summers began a new research program including excavations and geophysical surveys. The current project, under direction of Scott Branting (University of Central Florida), Joseph Lehner (The University of Sydney) and Sevil Baltalı-Tırpan (Istanbul Technical University), has continued and expanded upon this work, together revolutionizing our understanding of this important ancient city.

The city was built and inhabited for a generation in the late 7th and first half of the 6th centuries BC. It met a final fiery destruction and was abandoned, most likely because of the conflict between Cyrus the Great of the Persian Empire and King Croesus of the Lydian Empire in the 540s BC, a conflict that led to the destruction of cities across Anatolia such as Gordion and Sardis. The ancient name of the city is unknown, though it is likely that it can be equated with the city of Pteria mentioned briefly in ancient sources.

The combination of precision excavations and the use of new technologies have typified the work of the Kerkenes Project. Thanks to this, the project and the site have gained international recognition, and the project’s discoveries have significantly changed our understanding of this important historical period. This research has also contributed to our understanding of cities more broadly in the past, present, and future. None of this would have been possible without the Kerkenes Project sponsors and team members over the years. As we move forward, we thank them for their ongoing generous support and always welcome new partners to join with us in the long-term investigations of the ancient city at Kerkenes Dağı. 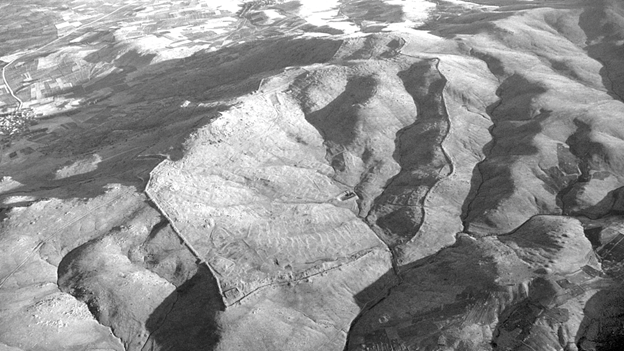